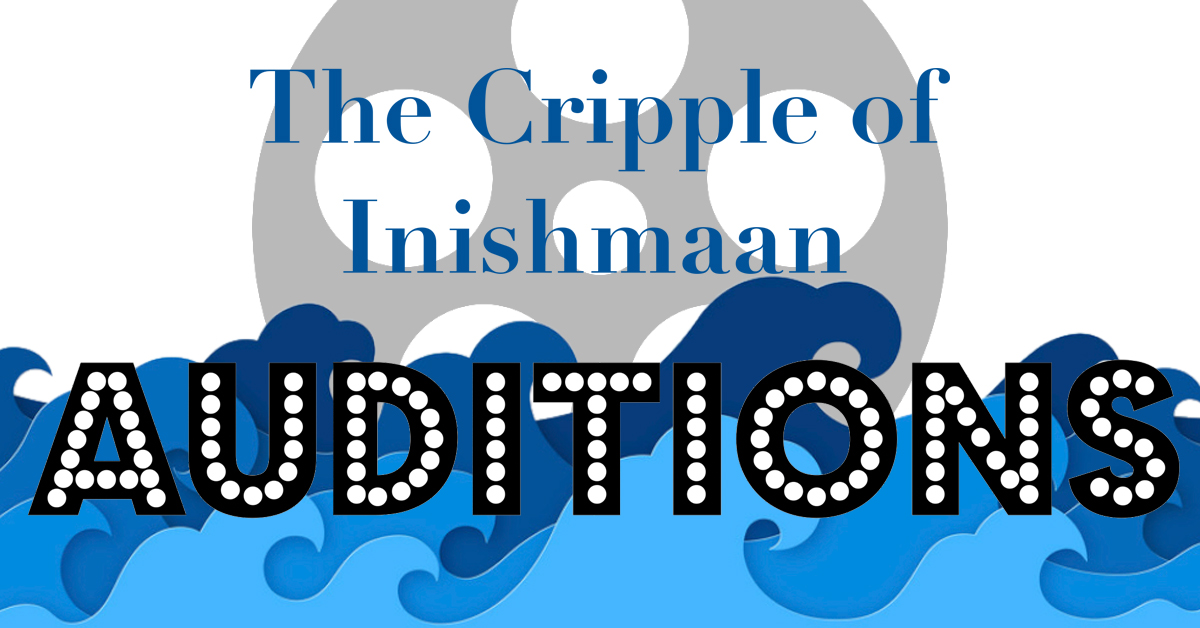 The Cripple Of Inishmaan
By Martin McDonagh
Directed by David Quaife
Auditions commence at the theatre at 7:30pm and are open to all.
This play was written by Martin McDonagh in 1996 and premiered at the Royal National Theatre. McDonagh is probably best known for the Leenane trilogy starting with The Beauty Queen of Leenane and the Aran Island trilogy of play of which The Cripple of Inishmaan is the first. Among his other significant plays is The Pillowman.
His best known films are probably In Bruges and Three Billboards Outside Ebbing Missouri.
The Cripple of Inishmaan is set on a remote island near Inishmaan in 1934 and has the following cast:
Kate, mid 60s
Eileen, mid 60s
Johnnypateen Mike, mid 60s
Billy, late teens*, crippled
Hartley, late teens*
Helen, late teens*
Babbybobby, early 30s*
Doctor, 40s
Mammy, early 90s
* We can take some liberties with the age of actors particularly the younger ones.
The plot centres around the production of the film Man of Aran (available of Youtube) and directed by Robert Flaherty from Hollywood. This is being shot on the neighbouring island of Inishmaan and they all have ambitions to be in it. Billy, Hartley and Helen see this as an possible escape from the tedium of life on Inishmaan. But they have to get there. Babbybobby has a boat and he is persuaded to take them. What follows has a surprise or two.
The Cripple of Inishmaan is a comic play. Compared with many of McDonagh’s plays and films this is a much lighter offering although there is a slightly darker side to it. However the story has a bitter sweet ending but rehearsals should be fun.
I hope to see a good turnout for the auditions.
David Quaife
Director