Andrew Wild  Andrew Wild is a playwright, author and director based in Macclesfield.

His experience in amateur theatre began in 1991, as stage manager and technical designer for a number of local groups. His play The Difficult Crossing debuted in 2000 and was revived in 2011, Andy’s first production as director. Since then Andy has directed a number of shorter, studio productions, preferring the immediacy and intimacy of smaller performing spaces. He started adjudicating in 2015, initially for Cheshire Theatre Guild, for whom he still works from time to time.

As a writer, Andy has published eighteen books so far, with three more due in 2023. His latest play, A Difficult Man, won Carver Theatre’s  2021 playwriting competition. The subsequent production, which Andy also directed, won best original play at the GMDF 2022 One Act Play Festival.

If pressed Andy will concede that the best theatre production he’s ever seen was Dr. Dee by Rufus Norris and Damon Albarn at the Manchester International Festival in 2011, closely followed by Maxine Peake as Hamlet at the Royal Exchange in 2014.

Andy aims to bring a firm-but-fair style of adjudications to GMDF. James Schofield. James has been involved with amateur theatre for 28 years, working his way from the back row of company, to props, stage, general dogsbody, actor… to finding that as a director, a role that has brought many hours of fun and stress in equal measure.

He has been involved with many local societies including Hyde Little Theatre, Droylsden Little Theatre, Lyceum Oldham and Mossley Operatic to name a few…. with plays such as Two, Bouncers, One Flew Over the Cuckoo’s Nest, The Rise and Fall of Little Voice and the Muscia,l Parade. James has recently  fulfilled an ambition by producing and directing a Tour for the play All the Bens, which visited venues such as Buxton, Crewe Lyceum, Hope Mill and Chapel Playhouse in London.

James is looking forward, once again, to seeing the talent we have in the northwest, and what all the GMDF member societies have to offer. 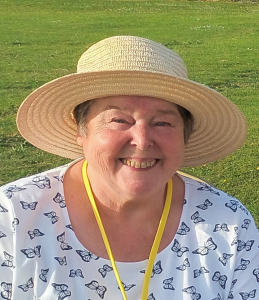 Carla Stokes  57 years in Amateur Theatre both acting in and directing plays, mainly with Guide Bridge Theatre and Hyde Little Theatre. Although I have also worked with Woodford, Heald Green and Altrincham Little Theatre.

Something keeps telling me I should slow down but so far have never been given the chance. I guess I’m a glutton for punishment

As a previous adjudicator for GMDF, I am pleased to be back on board for 2022-2023 Full Length Festival and very much looking forward to seeing some great live theatre from the GMDF membership. I am also pleased to say that this season Gerard Lennox (GMDF Board member) will be attending plays with me and shadowing the adjudication process.

Maybe I’ll try to slow down a bit next year? 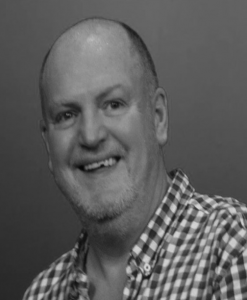 Michael Lawlor It was 1974. On a winter’s eve a young boy of 10 was dropped off at Lydgate Church Music & Drama Society’s first get together for the yearly Pantomime. This was the first time the young boy had experienced any form of theatre and it was an experience that would change his life forever.

That young boy is now 58 years old and his name is Michael Lawlor.

Michael has performed in pantomime every year since (with the obvious recent exception), moving from chorus speaking parts to one half of the panto double act. Panto Villain (Baron or Squire), and eventually settling in the role of Dame, a role he has now played for 38 years – and at times playing in 2 pantomimes on the trot, December and January.

Adding to his experience, Michael has also directed over 30 pantomimes.

In recent years Michael has written his own Pantomimes and now has a small portfolio. (Oooerr).

Pantomime is not the only string to Michael’s bow. Not long after discovering his joy of theatre, he was placed in the chorus of a G & S operetta (Baritone) and that was it. Michael has not been off the stage since. He has performed in Plays, Musicals, Reviews, etc, across the North West Amateur Circuit both acting and directing. He also found a great deal of satisfaction on the technical side and has spent many an hour rigging, focussing, plotting and operating the lighting for a range of societies.

Michael’s most recent achievement is writing a one hour twenty-minute Pantomime for 6 people titled “Once Upon a Jack and Jill” which, along with Ruby Slippers Drama Academy, he took on a tour of local schools for the Theatre in Education program. At the end of the tour Michael extended the original script to include full chorus participation and added 4 new characters for a short but hugely successful run in Tameside.