Keen to boost his flagging career, fading Hollywood action hero Jefferson Steele is drawn to England to play the title role in King Lear in what he believes will be a prestigious production in Stratford-upon-Avon. Alarmingly for Steele he finds that he has been tricked by his agent, and is in fact starring with an amateur dramatic company in the tiny Suffolk village of Stratford St John.

Steele’s horror only increases when it becomes blindingly obvious that there’s no Kenneth Branagh and Dame Judi Dench and his fellow cast are in fact a bunch of amateurs trying to save their theatre from developers. Jefferson’s monstrous ego, vanity and insecurity are tested to the limit by the enthusiastic amdram thespians. As acting worlds collide and Steele’s career implodes, he discovers some truths about himself – along with his inner Lear!

Ian Hislop is a British journalist, comedian, writer, broadcaster and editor of the magazine Private Eye. He has appeared on countless radio and television programmes, and is perhaps best known as team captain on the BBC’s comedy quiz show Have I Got News for You.

Nick Newman is best known for his work as a satirical cartoonist, working regularly for Private Eye since 1981, and as pocket cartoonist for The Sunday Times since 1989. His cartoons and strips have appeared in many other publications including Punch and The Spectator.

As writers, Ian and Nick have collaborated for over 30 years, with co-writing credits including Spitting Image, Murder Most Horrid for Dawn French, two series of My Dad’s the Prime Minister for BBC1, sketches for The Harry Enfield Show and the BBC Radio 4 series Gush. 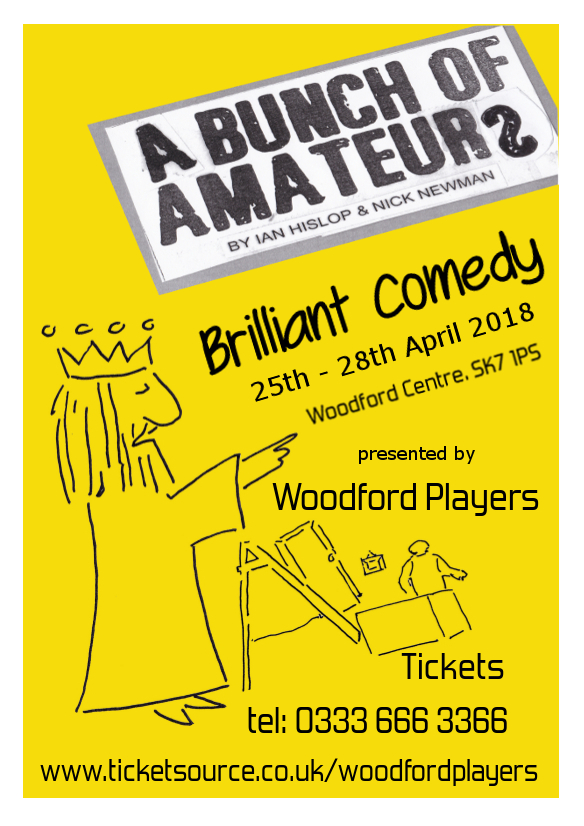